You can also observe this emphasis on quality based on the certifications received by Toyota. The compliance with the ISO 14001 standard serves as an example of this manufacturing company. It would be easy to say that Toyota products are synonymous with the hallmark of quality. Moreover, the Toyota Industrial Equipment Manufacturing facility has set benchmarks of excellence in several fields. Of these, it has won several honours for its environmental management systems and the dedication to constant improvement. In fact, Toyota remains the first – and only – manufacturer to offer EPA and CARB certified Compressed Natural Gas (CNG) powered lift trucks. For a company with a presence of over fifty years, these are incredible achievements indeed. Toyota sold its first forklift truck in 1967. In the United States today, Toyota has been the top selling lift truck company since 2002.

At South Coast Forklifts, we have a comprehensive inventory that comprises millions of part numbers. We have spare parts for forklifts of all makes and models – including Toyota forklift parts. In fact, we have a reputation for closing 99% of all spare part enquiries satisfactorily. In case we do not have the specific Toyota forklift parts you need, we contact our suppliers around the world to obtain them. Unlike other suppliers, we have no limitations of brands, models etc. Moreover, we supply forklift parts in Australia and Oceania. So, all you need to do is to give us a call at 1300 988 795. We will jot down your specifications and give you what you need – with quality levels as high as the standards set by Toyota.

With millions of part numbers and tens of thousands of parts available we are well positioned to help you find the right part.
More

Southcoast Forklifts provides onsite repairs and servicing of all types of forklifts.
More 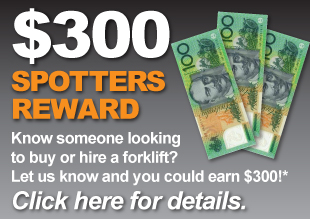